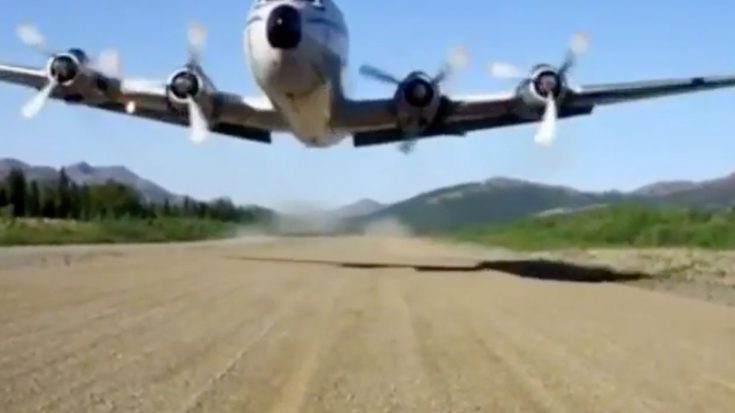 Most Would Have Hit The Ground.

This little clip came to us from Instagram of all places. It’s a pretty short clip but it’s pretty awesome considering two things. Firstly, the pilot was pretty badass and secondly, the cameraman was even more so.

Flybys are always cool to watch, especially if you like the plane in the frame. Here, we have a Douglas DC-6, a transport that first saw flight in 1946. Although originally intended to be used during World War II, it wasn’t completed in time, so it was sold to American Airlines and United Airlines. Some were used by the United States Air Force and the Navy, and were designated C-118 Liftmaster.

Judging by the freedoms of both the pilot and cameraman, we figure this was filmed somewhere in Alaska.

Only 704 of these bad boys were produced, but surprisingly 47 of them are still airworthy while 100 others are scattered around museums. Here, you see one that’s definitely still kicking.

We do have to apologize for the sound quality. Although the fly over is super cool with both the pilot keeping the bird low after takeoff and the cameraman standing his ground, the microphone of the device couldn’t handle those 4 roaring radials.

Still a fantastic clip though. Enjoy!