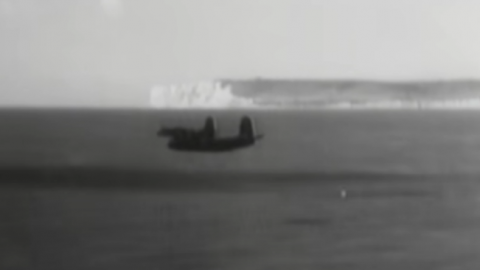 Filled with courage in the form of patriotism, these young men piloted these “Boston” planes over Europe. Their main target that day was the Power Station near Paris.

The “Cross of Lorraine” was painted on some of these planes. During WWII, it symbolized the liberation of France from Germany’s hands. Indeed, these brave pilots did their best to free their country from the fascist regime.

These A-20s also saw action in the Battle of the Bismarck Sea and helped carry out attacks against Japanese convoys headed to Lae, Papua New Guinea.

Witness these incredible low-level bombers lay waste to a power station in the name of patriotism. You can feel the ground shake as they let go of lethal bombs in France.