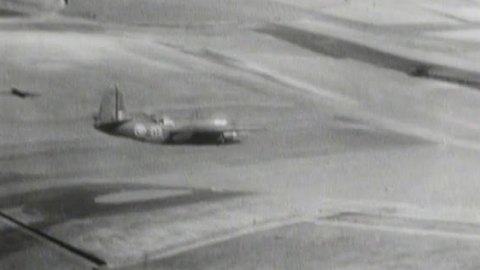 This video shows bombers flying extremely low to the ground as they head off to bomb a power station in Paris, France. Watch it below.

During World War II, the Allied Forces bombed various locations in France. Between June 1940 and May 1945, they bombed a total of 1,570 cities and towns – killing 68,778 civilians and injuring over 100,000. Almost half a million homes were completely destroyed. In 1943 alone, 7,458 French civilians were killed by Allied bombs.