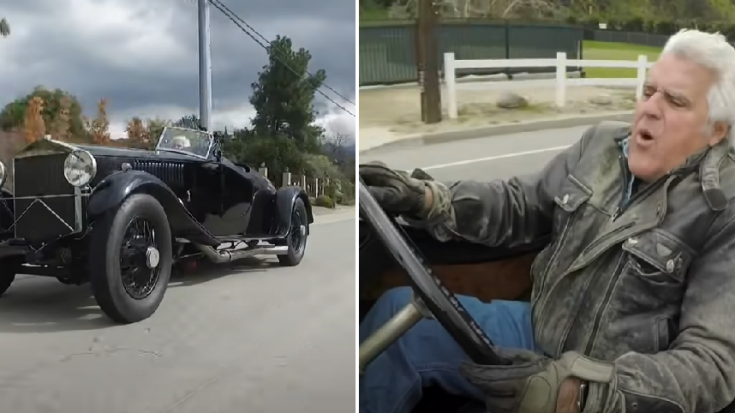 A Thing of Beauty

In this 2019 episode of Jay Leno’s Garage, the spotlight is on his very own open-top black 1934 Rolls-Royce powered by a Merlin aircraft engine from World War II. Because it’s featured on Leno’s automobile show, expect that it’s rare, unique, and unconventional. It’s a mad design.

According to Leno, he heard about someone who built cars that had aircraft engines under the hood. The host surprised him by saying he’s interested in purchasing it. Leno owned the car for almost thirty years and restoration took around two decades. The entire process was tricky and challenging but seeing the end result, it’s all worth it.