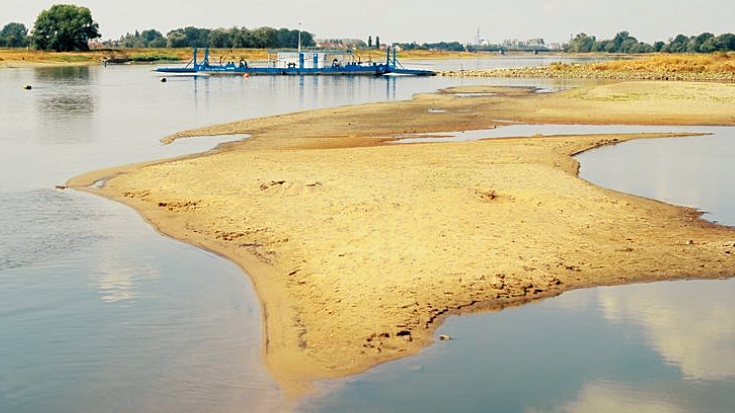 A record-setting heatwave has been punishing Europe lately and does not show signs up letting up any time soon. During the summer, German citizens have been known to flock to the lake to beat the heat. However, the heat has dried up these lakes and revealed some staggering relics of World War II.

The drying lakes in Germany have actually shown that the floors are littered with WWII-era munitions. So far over 20 unexploded munitions have been found in the Elbe River much to the surprise of the residents. Finding leftover bombs from WWII is not as rare as one might think, but the problems occur when ordinary citizens go to investigate them.

“Today there was a photo in a newspaper of someone holding up pieces in their hand. That is a classic example of what gives weapons disposal experts a fright.”

During WWII, the US Army Air Force dropped an estimated 1.5 million tons of bombs over German military targets and not all of them detonated upon impact. After the fall of Nazi Germany, many of the remaining bombs were discarded into lakes which may also be the cause of these munitions. On average over 2,000 tons of bombs are found each year, causing massive disruptions and evacuations.

Bomb squads have been called in to handle the situation and advising locals to stay away from bombs. There is always a risk of them exploding and no one wants a local losing a hand after posing for a “photobomb.” This video clip entails the process of bomb squads disposing of WWII leftovers.