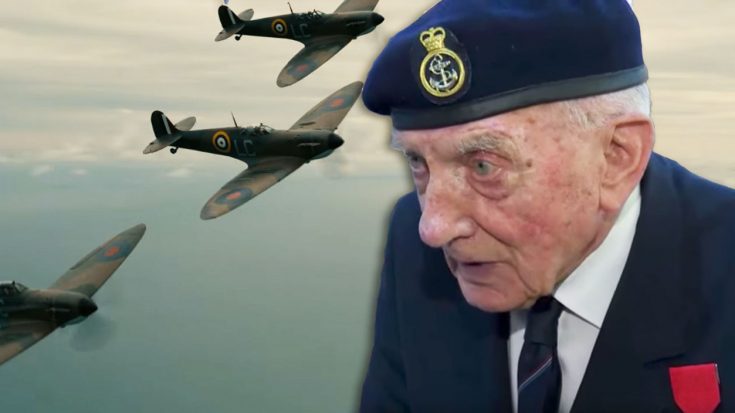 Can You Imagine Watching That After That Many Years?

Christopher Nolan’s new movie Dunkirk has been taking social media by storm. Since the teaser trailer was released nearly a year ago, people have been talking about it ever since in a favorable way. Nolan is a master of storytelling and cinematography and his past works prove it, this movie being no exception. Since the movie came out last week, reviewers have been raving about it, calling it one of the most compelling World War II movies in recent history.

“I’ve had the privilege of seeing that film tonight…I’m saddened by it because of what happened on that beach.”-Ken Sturdy | Dunkirk Survivor

What we didn’t expect, however, is to see a review of sorts from a person who was actually there over 70 years ago. It was tear-jerking, to say the least.

Ken Sturdy is a World War II veteran who was actually there during those 9 brutal days in 1940 and he was only 20 years old at the time. He talks about seeing his friends die on the boats but surviving himself. He later went on to serve in a convoys in the North Atlantic.

At the end, he said, “tonight I cried because it’s never the end…it will happen…we are a human species…we are so intelligent with these astonishing things, we can fly to the moon… but we still do stupid things,” before breaking down. It’s probably one of the most emotional testimonials we’ve seen in a while.