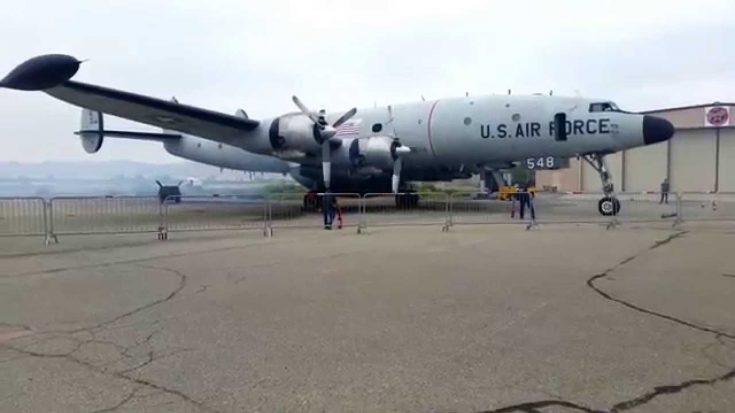 Not as ancient as it looks

Ground crews at Chino Airport had their hands full starting up this old EC-121T. The aircraft apparently had all of its four engines up and running for the first time in two and a half years.

Delivered in 1955, this Warning Star was part of the 552nd Airborne Early Warning Wing based at McClellan Air Force Base.

Aside from the US, this aircraft also served in Tainan, Taiwan, and Kuanju, South Korea, in the 70s. Presently, the aircraft has been under the management of the Yanks Air Museum since 2004.

Unfortunately, it looks like we won’t be seeing this rare aircraft in the skies anytime soon. It has been on display at the museum since 2012. For what it’s worth, at least we get to hear its radial engines in action!