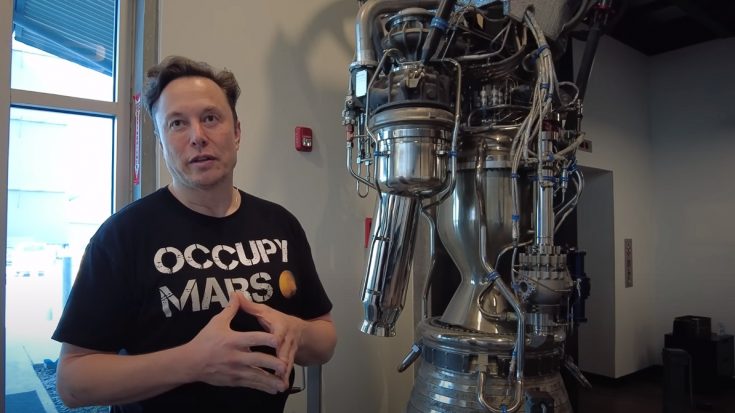 SpaceX is one of the best companies in the world of space engineering and exploration. In this video, Elon Musk thoroughly explains the complexities and capabilities of this Merlin engine. Musk isn’t just the face of the company, he is also the CEO and Chief Engineer of SpaceX.

Falcon 9 is SpaceX’s most launched rocket. It uses the Merlin engine in all two of its stages while using cryogenic liquid oxygen and rocket-grade kerosene as propellants. With how many launches the Falcon 9 does, it’s only fitting that they have one of its engines just lying around.

Nine Merlin 1D engines are used to power the Falcon 9 during the first stage. In the second stage, a Merlin 1D Vacuum engine is used. For context, Merlin 1Cs were used in the earliest version of Falcon 9, the 1.0 version.