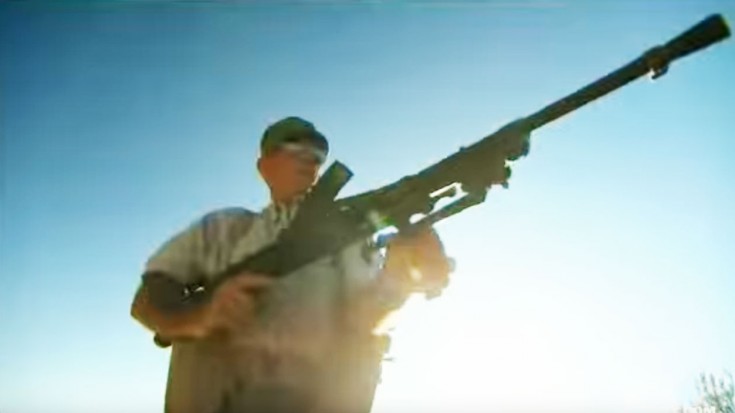 Lets See Which One Was Better.

This exciting video comes to us from the History Channel. Hosted by R.Lee Erney, an ex-Marine and widely known for his drill sergeant role in Full Metal Jacket, it compares two famous weapons used during World War II and later wars. The British built Bren light machine gun and the American built B.A.R (Browning Automatic Rifle.)

The challenge was based on a walking fire exercise and rated on three factors: ease of handling, accuracy and magazine change time.

R. Lee Erney is not stranger to automatic weapons, so this challenge was right up his ally. As you can imagine, he first talked up the American B.A.R as he’s obviously a gung ho Patriot. His assessment however was truthful and to the point.

Walking out into the desert with black humanlike targets, he first tested out the Bren. He hit all the targets quickly and accurately, needing to change the mag twice. He looked pretty comfortable with a snag or two.

Then came the American B.A.R. With a slower rate of fire, he deemed the gun more controllable which in turn made it slightly more accurate. The smaller magazine however required a lot more reloads.

Watch the video to see what he thinks about the two guns. It’s a close call, but one is clearly more effective than the other.