Everything We Know About Yesterday’s Deadly Red Arrows Crash 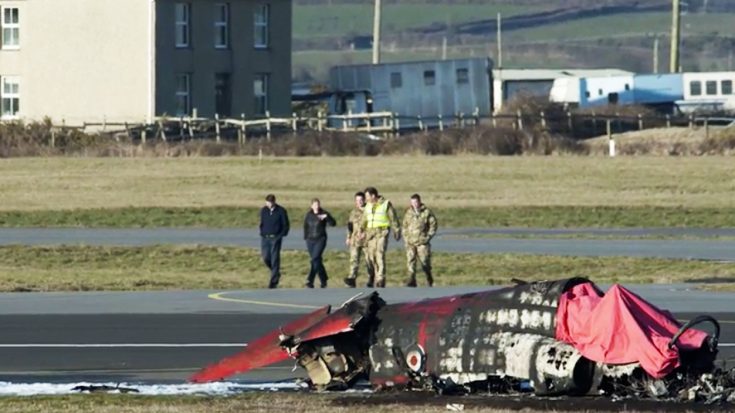 The Red Arrows are the Royal Air Force’s Aerobatic Team, the equivalent of the USAF’s Thunderbirds or USN’s Blue Angels. Established in 1964 to promote the U.K.’s air force, they’re hailed as some of the best aviators in the world, but their death-defying formation flying sometimes comes at a high cost.

On March 20th, 2018, one of the nine Hawk aircraft the Red Arrows fly crashed at RAF Valley at about 13:20 GMT. The jet was scheduled to fly from Anglesey back to its home base in Scampton after training but didn’t make it far.

“(This is a) reminder that we must never take for granted the risks our people take in the service of our country.”-Sir Stephen Hillier | Air Chief Marshal

Eyewitnesses and nearby homeowners told reporters they heard a loud bang and looking outside, saw smoke billowing from the ground. One person said that the Hawk “did a loop” and looked like it was going to land but crashed instead. Also, one person was seen ejecting from the aircraft.

It is with great sadness that the RAF must confirm the death of Corporal Jonathan Bayliss of the Royal Air Force Aerobatic Team, the Red Arrows https://t.co/nex4FXijrK pic.twitter.com/TqPQi6ogDr

The pilot who ejected, Flight Lt. David Stark, was taken to the hospital as he received non-life-threating injuries. Sadly, the engineer in the back seat of the Hawk did not manage to bail out. 41-year-old Corporal Jonathan Bayliss was killed in the crash. He was described as a “generous, kind and caring man who could always be relied upon.”

Our condolences go out to all his family and friends.

The cause of the crash is under investigation.