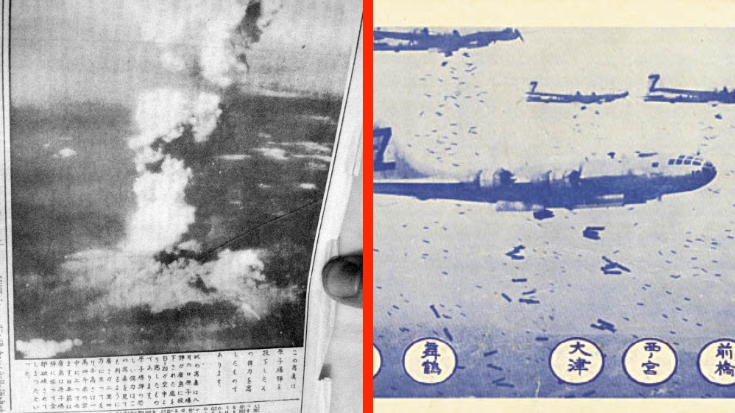 The use of nuclear weapons by the United States aided in bringing WWII to a close. Although the atomic bombs prevented a land invasion by American forces, some claim their use is a war crime. However, an intriguing piece of paper could end that debate once and for all.

An inhumane weapon is one that takes a toll on a civilian population. During testing, the atomic bombs clearly were powerful to destroy cities which in turn would affect civilians. However, General Curtis LeMay dropped millions of airborne leaflets warning civilians about American bombings.

The primary intention of these leaflets was an intimidation tactic forcing a surrender rather than risk bombing. The secondary function provided an opportunity for civilians to evacuate these cities and spare their lives.

Evidence shows that the US Army Air Force dropped leaflets on at least 36 Japanese cities warning of impending bombings. The first set of leaflets depicted B-29s dropping incendiary bombs which were common knowledge at the time. However, the more concerning detail was leaflets dropped on August 9th, 1945 which clearly shows the atomic bomb over Hiroshima.

“We are in possession of the most destructive explosive ever devised by man. If you still have any doubt, make inquiry as to what happened to Hiroshima”

The leaflets give orders to evacuate cities because military targets and production areas are subject to bombings. What are your thoughts on this matter? Do these leaflets clear the US Army’s Air Force of committing a war crime against a civilian population?