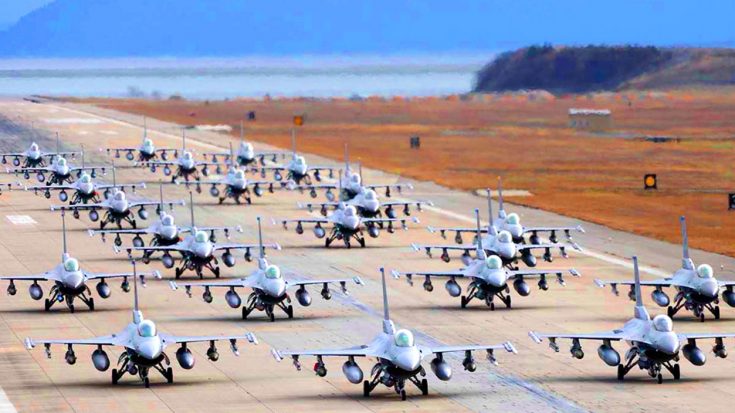 “Approximately 200 airmen and 12 F-16 Fighting Falcons with the 119th Fighter Squadron from Atlantic City Air National Guard Base, New Jersey, are set to deploy in February to Osan Air Base.”

The F-16s will be sent to Osan Air Force Base in South Korea as an act of counter threats and to continue the Seoul-Washington alliance that has been growing over the past decade. US Defence Cheif James Mattis recently traveled to South Korea and assured us that our alliance with between our two nations remains strong. Aside from the dozen fighters and increased American military personnel, the two are in talks to integrate Terminal High Altitude Area Defense (THAAD) systems to deter missile attacks.

The F-16 fighter jets are expected to deploy to Osan Air Force Base later this month to aid South Korea. Arirang News has further commentary on the US F-16 deployment in this clip.