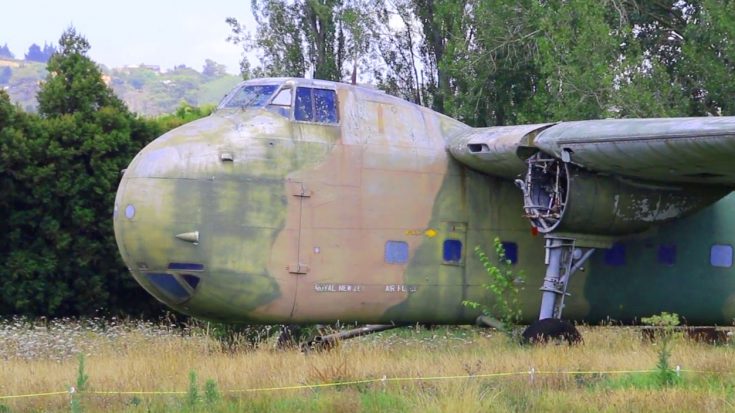 Of the 214 Bristol Freighters built only 11 remain in complete condition and none of them are located in the United Kingdom where they were built. This lone aging Bristol Freighter sits by the grass at Ardmore Airfield in Auckland, New Zealand. Now through the efforts of the Aerospace Bristol museum, they are bringing this iconic freighter back to its homeland.

“Designed and built by the Bristol Aeroplane Company in 1944, the Type 170 was used both as a freighter and as a passenger airliner, known as the Wayfarer. The innovatively-designed Freighter had a 108ft wingspan and featured distinctive clamshell doors that allowed cargo – including vehicles and large animals – to be loaded via its nose.”

It has been a long time since a Bristol Freighter has been to the town of its namesake. They still have a long way to go but with support from dedicated patrons, Aerospace Bristol can bring this freighter home. With donations, they will be able to give the Bristol Freighter a new home at their museum and have it undergo a restoration effort that will teach valuable skills to the next generation of designers and engineers. A link to the Bristol Freighter Program is included in the link below.