F-4 Phantom Gets Low, Just A Couple Feet From The Water 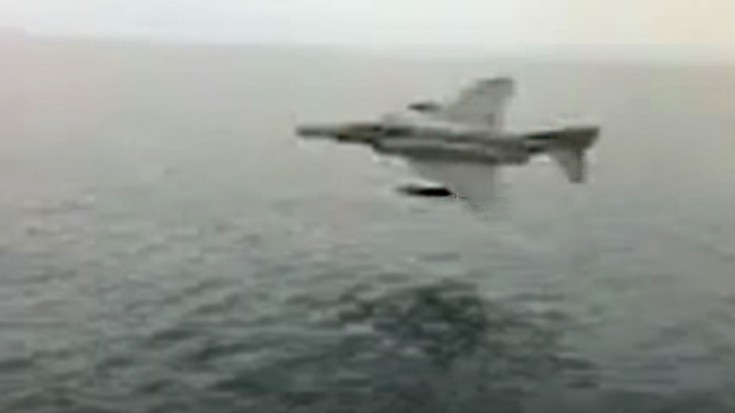 The F-4 Phantom Has Still Got It

The pilot of this GREEK (HAF) F-4 PHANTOM has got some serious guts of steel to pull this off. He literally gets wing-tip about 5 ft off the water, if even that, at high-speed. All it takes is just one flinch, one split-second of error, and he sleeps with the fishes. But that don’t stop him!

The McDonnell Douglas F-4 Phantom II is one of the most widely known, and popular jets in history with its 2-seat cockpit, iconic twin engine, and is just one of the most effective and proven jets, ever.

Still used by many militaries in today’s world, the F-4 has many capalities and can fulfill multiple roles as a fighter/bomber. One of the more “large” jets, it can still hit a whopping mach 2.2 top speed and can hold up to 18,000 lbs of weaponry.

Interesting Fact: The earlier versions of the F-4 Phantom didn’t even have a gun. They heavily relied on the air-to-air missiles as it contains 9 hard points for ordnance. It was not until later versions did they implement the M61 Vulcan cannon system.

Respected. Effective. Legendary. Proven. These are just some of the words that can sum up the F-4, baby!