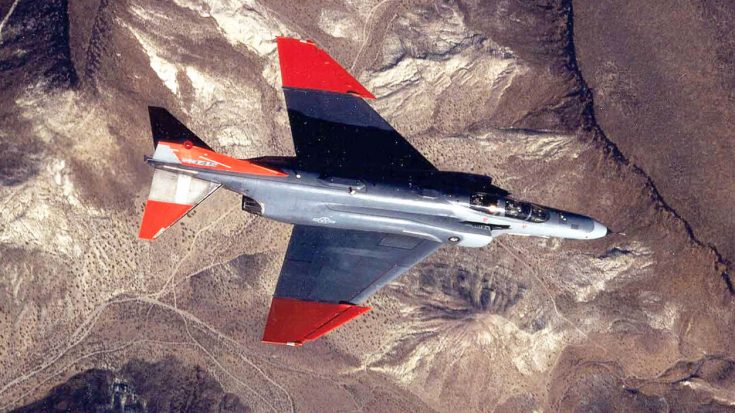 Out With The Old.

It took some time but the fat lady has sung at the F-4 Phantom’s Opera. The last of the Vietnam-era fighters were converted to into drones known as the “QF-4” and used for target practice. The once proud fighter merely serves as cannon fodder for Fifth-Generation jets such as the F-22 and F-35. The program at Holloman Air Force Base announced that their last F-4 met its destruction in a weapon test.

“I’d much rather see one of these F-4s go down in a blaze of glory testing the next generation of weapons rather than sitting out there in the desert collecting dust. It’s not doing anybody any good out there so when we pull them out and recycle them it really benefits everyone.”

Although there a few remaining F-4s used by live pilots they will retire them within the next three months. With the destruction looming for the F-4 Lieutenant Colonel King plans to convert F-16s into drones for use as QF-16s. Should the F-16 meet with the same fate as the F-4? Footage of the F-4’s final flight and commentary from Lieutenant Colonel Ronald King is provided in this footage.