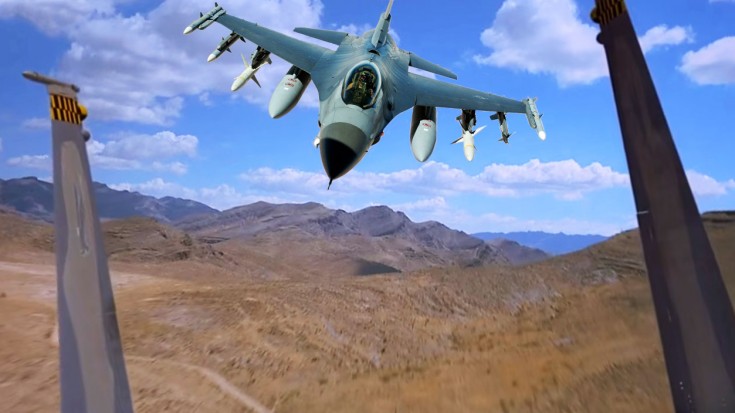 No Seriously, It’s The Best Jet Video Ever Recorded.

When we first came across this video, we really couldn’t believe that we haven’t seen this footage before. It was taken from a film called Fighter Pilot: Operation Red Flag. Someone took some of the best shots of the documentary and put in the best parts of it into one 10 minute video. Let us tell you, every minute of it is worth it.

The whole plot follows one pilot’s journey to becoming an effective fighter pilot. The shots in the film are comprised of multiple simulated dogfights that feature some of the best angles and intense moments ever caught on film.

The pilots in this film used NACTS (Nellis Air Combat Training System) which allows them to fire simulated rockets and tells them whether or not they hit or got hit.

Some of these shots might actually look CGI but we assure you they are not. With IMAX cameras that shoot in extremely high resolution and also in 3D (something we unfortunately can’t experience on Youtube), the equipment coupled with the talent of the cinematographers is unparalleled.

One thing that we must mention is the music. It was added by the person who edited the film and figured that the Top Gun soundtrack would sound great, but that’s a personal preference. If you’re not into it, just mute the audio like we did. The clip itself is more than enough to get your heart pumping even when it’s silent.