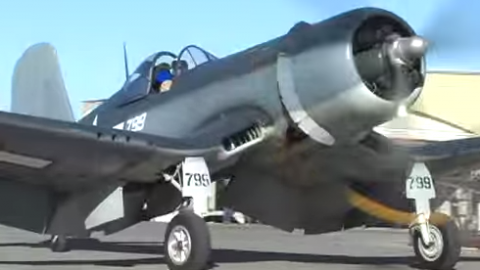 The Chance Vought F4U Corsair was a carrier-capable fighter bomber aircraft after all the carrier landing issues have been addressed. It was assembled to be one of the greatest warbirds during World War 2. It could easily outfight, out-dive and out-climb its opponents. It was even capable of going against the legendary Japanese Zero.

It has earned a great reputation that made it fearsome in air combat — even in the Japanese region. The unique wing bend, however, created an obstruction in the forward view to which most of the pilots would complain about. It can counter the threat of the Zero due to the latter’s poor protection and lack of self-sealing fuel tanks. The Corsair’s versatility made it an excellent ground attack fighter.