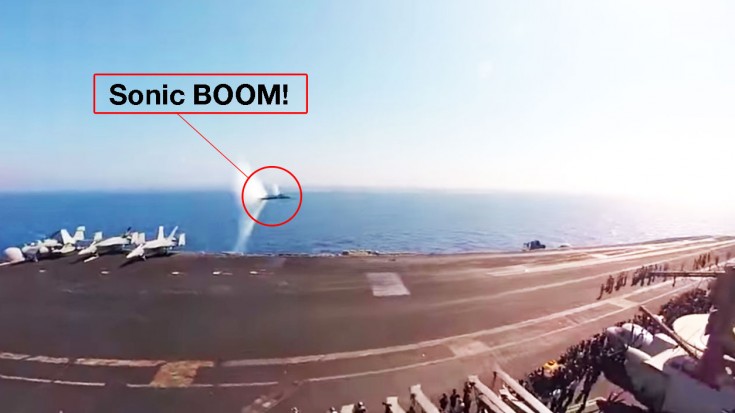 That Vapor Cone Is So Cool Too!

This Hornet pilot gave everyone aboard a Navy carrier a spectacular show. Approaching towards the ship at subsonic speed and close to the water, you’ll spot an awesome vapor cone forming around the fuselage. Halfway down the hull, he hits Mach 1 and goes supersonic, leaving us with that deafeningly loud sonic boom. To say this looks spectacular would be an understatement. Most of the crew on deck had their cameras in their hands and luckily we found some of that footage for you to enjoy.

A vapor cone is also known by two other names, namely, shock collar or shock egg.

The aircraft in the video is an F/A-18 Hornet, a twin-engine all-weather multirole combat jet. Designed in 1978 and introduced in 1983, it has a top speed of 1,190 mph and is capable of carrying numerous missiles in addition to being equipped with a devastating 20 mm M61 Vulcan cannon. With over 1,400 produced at a whopping cost of about $29M USD, this capable fighter has been used by many air forces around the world.