Inches From Disaster. This Chinook Pilot Has Incredibly Steady Hands. 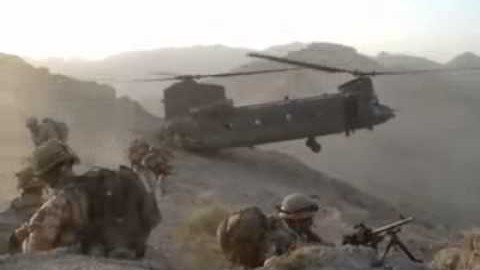 This Is A Fairly Standard Maneuver, But That Fact Doesn’t Make It Any Easier

Flying in general is a skill that needs to be honed over the course of years, but things like this are reserved for pilots with some extra skills. What you’re about to see in this awesome video is called a pinnacle maneuver. What this entails is dropping off soldiers without landing the helicopter. As you’ll see, the pilot just backs up the chopper and merely touches the side of the hill. Although it looks difficult, once you know other factors that go into this maneuver it’ll make your head spin.

First, here are some basic facts about the Chinook:

Now to reiterate what makes this video even more insane. When you’re performing this maneuver, you’re doing it in mountainous terrain with plenty of crosswinds for which you need to compensate second to second. Also, as a pilot, your vision is almost completely blocked so you need to count on your crew for spots and conditions you cannot see. Since a slight miscalculation in hand movement can send the whole machine on a disastrous course, you need to constantly be mindful of the troops entering or exiting. Since Chinooks can carry anywhere between 33 to 55 troops, each weighing approximately 320 lbs. with gear lets say, the pilot needs to compensate for about 17,000 lbs. Put all of that together and you have one skilled pilot behind those controls!