Fifi Was Filmed By Some Professional Guys And It’s Beautiful 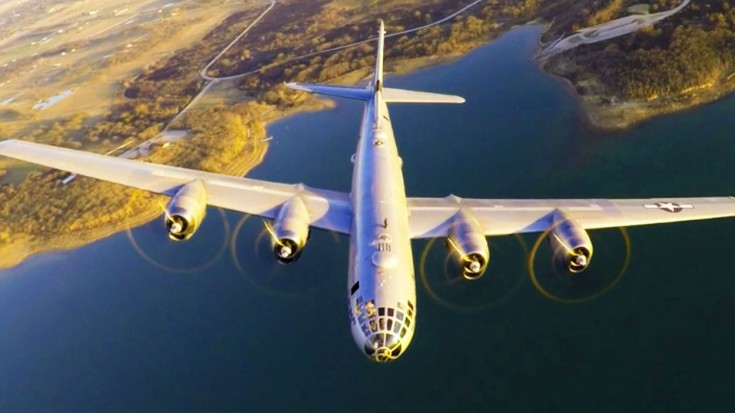 How’s That For Spectacular Cinematography?

Much of the actual warbird videos we curate for you guys are not exactly perfect. They’re usually caught on camera by a bystander or someone at an airshow, so they’re still a treat but not exactly production quality. This one however, is quite professional.

Recorded by Aero Media Group, we’re assuming they were hired by the Commemorative Air Force based out of Texas to capture the glory of one of their prized warbirds, namely, the B-29 Fifi.

As of this writing, Fifi is the only airworthy Superfortress in the world, however, another one named Doc recently had a successful engine test and is soon to be airworthy as well.

The Commemorative Air Force was started in 1957 when a few ex-service pilots got some money together to buy a P-51 Mustang. They loved World War II planes so they figured it’d be a great thing to work on, but within the next few years they also added two F8F Bearcats to their ranks.

By that time, their little pow-wow became more structured and they started a mission to “save an example of every aircraft that flew during World War II.”

Fast forward to today, they managed to save and restore dozens of rare aircraft. The airworthy examples are often displayed at airshows but they also offer rides on some of planes to raise money for maintenance but more importantly let people experience what it was like to fly in these machines.

B-29 VIDEO CLIPS from Aero Media Group on Vimeo.