Finally, A Heritage Flight And No Announcers! 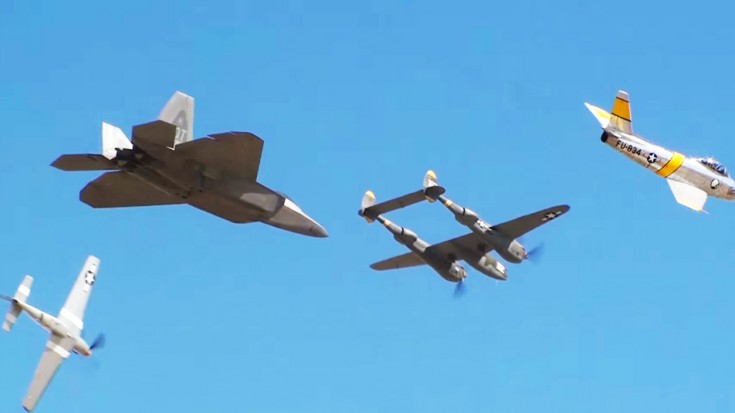 We’re Assuming This Was Practice As It Was So Quiet.

We’re not saying that announcers are bad as they serve a very significant role in any airshow. The whole purpose of the Heritage Flight if you read their mission statement is to introduce younger generations to the U.S.’ air supremacy, both past and present.

That’s the real reason they talk through the show. They give spectators facts about the different planes and what they’re doing. Having said that, as aviation lovers, we know most of the things they’re talking about. The history, engines, the works. What we’d like to hear is simply our birds playing their own music.

The abundant camera angles really put this footage together.

Whether this was a practice with no spectators around or simply the perfect vantage point that didn’t pick up ambient sounds we don’t know, but we’re sure glad this cameraman captured all the shots like he/she did. What we also didn’t mention is that some of the shots include a camera facing through the back of the P-38 Lightning’s canopy. It captures the F-22 Raptor approaching it into formation, and it really is a sight to see. There are also other cameras onboard different planes which give other unique perspectives as well.