Firing the 37mm cannon on the M8 Greyhound armored car 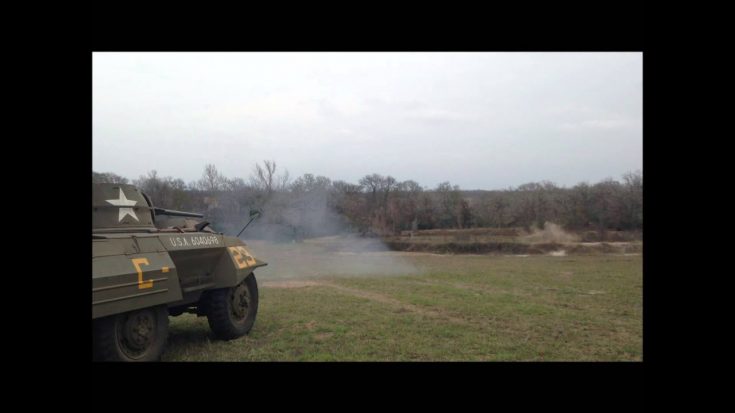 Fire in the hole!

Steve Witkowski and his friends had a grand time operating his M8 Greyhound. The team brought the armored car to an open field and gathered around to test its 37mm cannon.

Typically, an M8 carried 80 rounds of its 37mm gun in combat. These were stored on racks inside the turret and in an ammo rack in the right sponson. Aside from the M8, the Stuart Light Tank and the M3 Medium Tank were also fitted with the same 37mm M6 gun.

Fun fact about the M8 Greyhound:

During the Battle of the Bulge, an M8 from the 87th Cavalry Reconnaissance Squadron managed to destroy a German Tiger I tank by firing three rounds through the tank’s rear armor 25 yards away.

Check out how powerful the 37mm gun is in the video below!