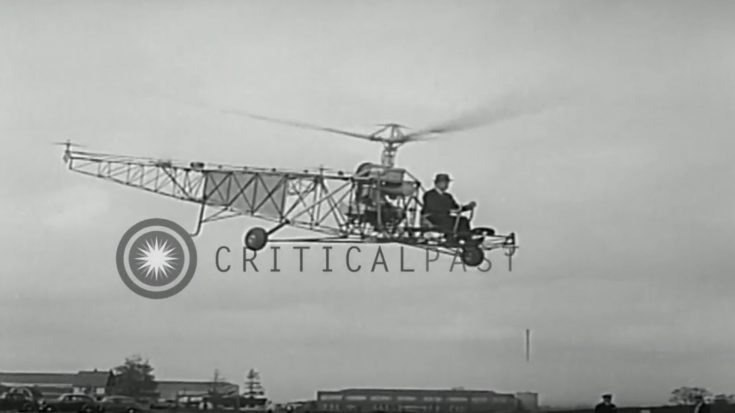 September 14, 1939, marked the first time a practical helicopter took flight. The demonstration happened at Stratford, Connecticut, and was piloted by Igor Sikorsky himself.

His flight that day only lasted a few seconds, but his contributions to aviation have lasted until today. Sikorsky’s helicopter was the first to incorporate a single main rotor and tail rotor design.

The Russian-American pioneer is considered to be the “father of helicopters”, because of his successful design upon which further models were based on.

Later on, he would also design and build the first military helicopter, the XR-4, which was given to the US Army in 1941.

Sikorsky seemed really confident with his design. No cabin, no roof, just a seatbelt, and about 5 feet of space separated his head from the propellers! Luckily, pilot attire also improved over the years.