First Video Surfaces Of IJN Niizuki Deep In The Pacific 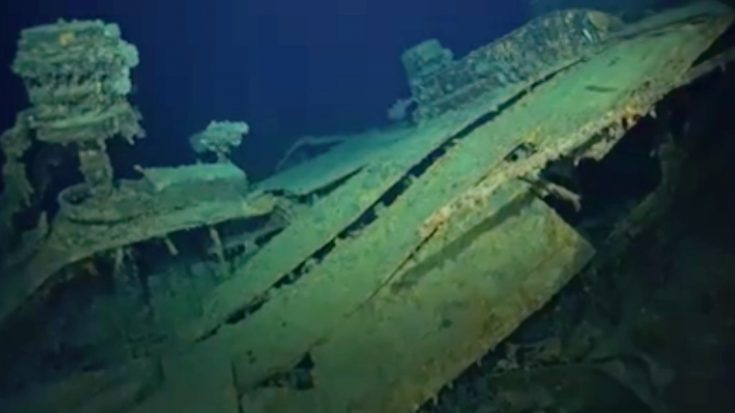 The RV Petrel, the research ship that recently brought us stunning images from the USS Hornet, has done it again! This time they’ve ventured to Kula Gulf in the Soloman Islands to find the IJN Niizuki.

A Japanese Akizuki-class destroyer ship modified with torpedo tubes and depth charges, the IJN Niizuki was young when she met her fate just four months into service (March 31, 1943 – July 6, 1943). However, she was responsible (along with destroyers Yunagi and Nagatsuki) for sinking the USS Strong. She did so with a record-breaking long torpedo shot that was something between seven to eleven nautical miles. Not bad!

But the luck wouldn’t last. The Niizuki was sunk in the Battle of Kula Gulf just a day later, on July 6, 1943. It was in service for so short of a time that there are no known surviving pictures of it during its service.

The mast is surprisingly still attached and unbroken.

The ship was explored in January 2019 but it is just recently that the RV Petrel has release the images of this awesome find. Great job, Petrel Team! It’s always a treat to see what they have going on.