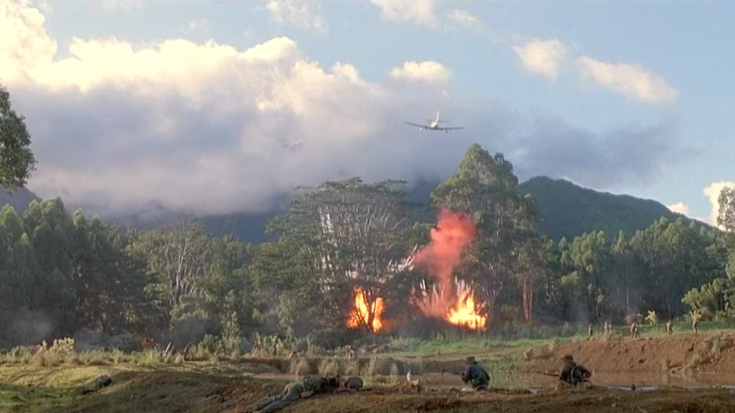 What a fantastic scene this was in Flight of the Intruder. Willem Dafoe played his character so well. You can’t help but feel sad and hopeless for him as he lies on the ground mortally wounded after hand-to-hand combat.

When the Skyraiders came, he knew what he needed to do to help his fellow men escape. Knowing he was being used as bait by Vietnamese soldiers, he tells the lead Skyraider about his condition. Cole then orders “Sandy” to drop bombs on the spot he marked with smoke.

His last words were, “Alpha, Mike, Foxtrot”. The PG-13 meaning of this abbreviation is, “Adios, my friend”, though that’s open for interpretation.

The movie features two privately owned Skyraiders along with a handful of A-6s and cameos from other Vietnam War planes.