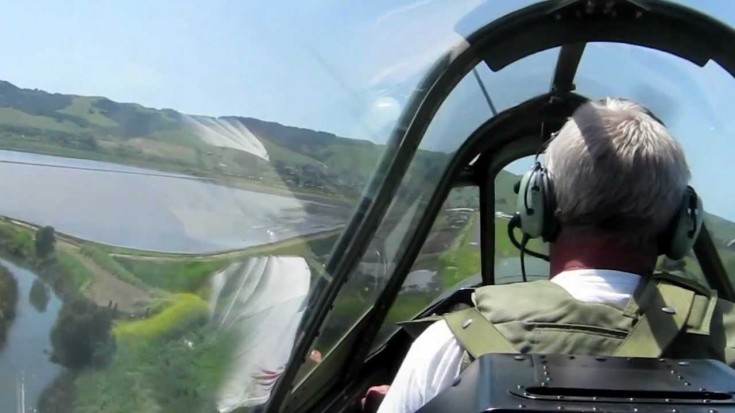 No Shark Teeth On This One But It Still Looks Mean

The lucky gentleman in this video got to jump in the back seat of a P-40 Warhawk which was stationed in the Pacific. Looking at the markings, it had three confirmed kills in the War, making this a truly historic experience. Of of 13,738 Warhawks built, only 28 are airworthy as of this writing. In addition, the one you’ll see in this video is just one of three Warhawks in the world that was converted to feature a back seat and controls. There are a few more being restored currently as well, one of which was recovered in 2012 from the Sahara desert in great condition.

If you flew wisely, the P-40 was a very capable aircraft. It could outturn a p-38, a fact that some pilots didn’t realize when they made the transition between the two aircraft.-Robert DeHaven, Pilot-49th Fighter Group.

The reason the P-38 were used later in the Pacific Theater was because of their range. Once the Air Force pushed the enemy back, the Warhawks simply did not have the range. Although more capable fighters in the eyes of some pilots, the Warhawks had a range of 650 miles while the Lightnings could fly almost double that, at 1,300 miles.