The B-17 Texas Raiders: A Beautifully Restored Post War Girl! 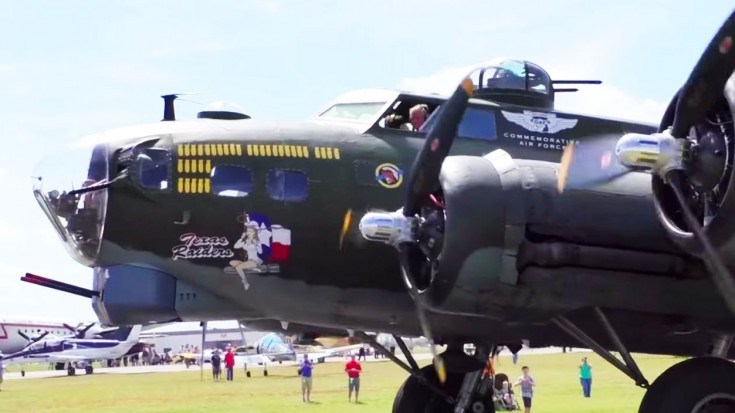 You Can Actually Book A Flight On This B-17!

The B-17 Flying Fortress was World War II’s most notable bomber, notorious for its ruggedness in battle and bombing abilities. For this reason, it was and still is, one of the most loved flying machines in the eyes of pilots and warbird enthusiasts. Only 13 Flying Fortresses are still airworthy as of this writing, one of them being the Texas Raiders. Commissioned in 1945, this girl didn’t see any action in World War II, but was originally delivered to the U.S. Army Air Corps., and soon after to the U.S. Navy. After more than six years of service, she retired from the armed forces, having been used in the Korean War for radar missions.

Texas Raiders changed hands quite a few times in the past 50 years, but is now owned, stored and operated by the Commemorative Air Force Gulf Coast Wing.

The Gulf Coast Wing is a community of volunteers who love vintage airplanes and are committed to upholding aviation history. Having restored Texas Raiders, they now proudly fly it at air shows around the country. During the shows, you can book a flight on this B-17. Regular tours are offered at about $20 U.S.D., while 30 minute flights start at $450 U.S.D., depending on your location in the plane. For us warbird lovers, that’s not a bad price for such a privilege.