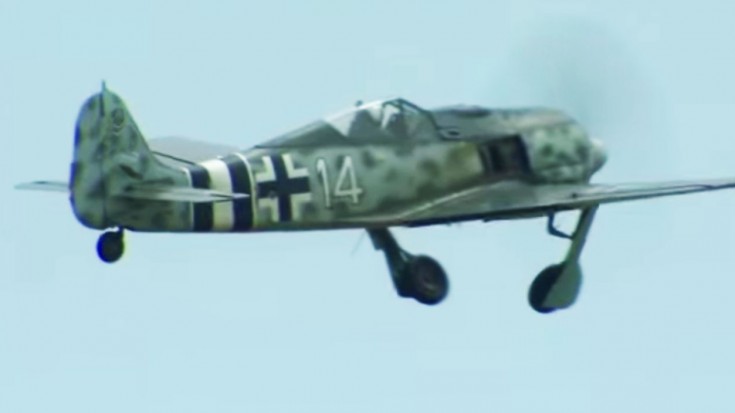 The footage of this rare bird was captured at the Planes of Fame Air Show in 2011. The backbone of the Nazi Luftwaffe along with the Messerschmitt Bf 109, this plane held air superiority until newer Allied fighter planes appeared in combat. Introduced in 1941, the Fw 190 was a single-seat, single-engine fighter used as a day and night fighter, fighter-bomber and ground-attack aircraft. During the course of the war, over 20,000 of these fighters were built as they were used continuously throughout World War II.

Although the Fw 190s were deigned four years after the infamous Bf 109s, they never really replaced them during the war. Both planes produced more than a dozen fighter aces and were well liked by the pilots who flew them. Although the Fw 190s were more maneuverable at lower altitudes, it’d be impossible to definitely pinpoint which aircraft faired better in the Luftwaffe. When flown against Allied bomber raids, neither was a welcome sight.