How To Recover A P-47 Thunderbolt: ’40s Commentary Is Priceless 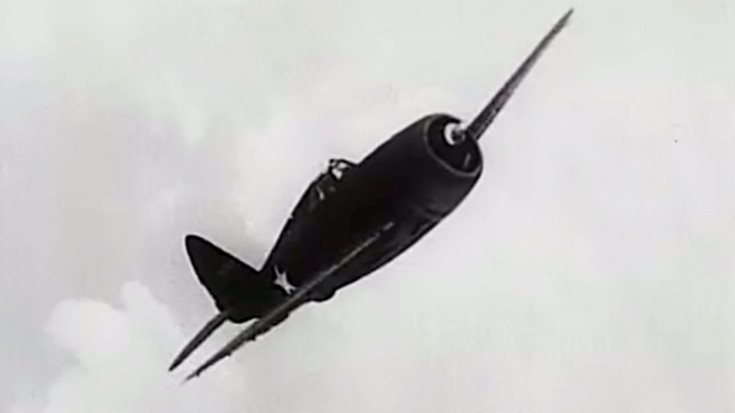 It Takes Two To Do The Job, The Airplane And The Pilot!

P-47 Thunderbolts, or Jugs as they’re commonly called, are one of the most prized fighter planes of World War II. Able to carry half the payload of a B-17 Flying Fortress and still be a fierce air-to-air combat plane, you’d never want to cross her 8 Browning machine guns. In addition, this stock footage of evasive maneuvering will make you love them even more. The commentary, although informative, is not as dull as you might have expected.

When you’re flying the Thunderbolt you’ve got an airplane stuck to your pants that’s designed to chase the enemy out of the sky.-Narrator

The video explains how to stall and recover the Thunderbolt, with step by step instructions of how you’d do so. Apparently, one practice spin is what a pilot needs to become proficient. Also, when performing a half roll,  do so ‘always with power off. That’s O-F-F.’ This educational video has a few hidden gems hidden in it, which is refreshing as many of these pilots needed this training before being deployed. The commentary is definitely not dry and hopefully gave a few chuckles to the many pilots who never made it back home.