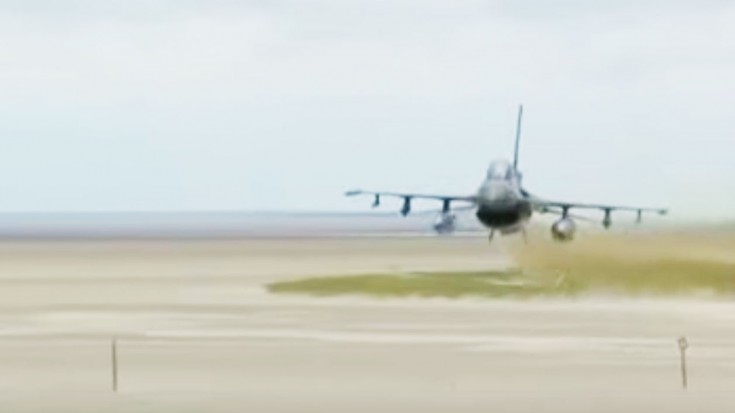 He Wanted To Go Low, So He Went Low!

Fighter pilots are a special breed. There’s no doubt about that. You’ve got to be smart as heck, have the skills to fly a plane at over 1,000 mph, but also have the adventurous side to you that makes you perform better the harder your heart is beating. All in all, you’re a pretty solid dude.

F-16 Fighting Falcons are legendary for their agility as a result of their relaxed static stability/fly-by wire-control flight system.

The pilot in this video has that adventurous side down to a “t.” In the video, a pilot behind the stick of an F-16 shows up on the horizon. Within seconds you can clearly make out the plane and that it’s low. Then, it gets really big really fast and way lower than you’d expect it.

Although this video is somewhat older and the resolution is not that great, you can clearly make out the plane and how low it is. We actually went through it frame by frame and to be honest, if the video was shot with a better camera, you’d be able to read the pilot’s name on his helmet. That’s how low he was!