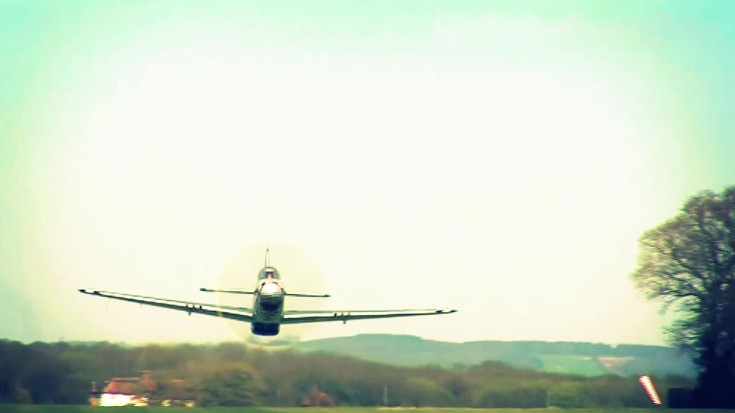 Quick And To The Point Footage Of An Amazing Mustang Flyby

The P-51 Mustangs were one of the most famous World War II planes, known for their fighting capabilities as well as range. Used extensively as escort fighters to protect bombers such as the B-17 Flying Fortress, they were a pleasant sight for friendlies, and the total opposite for the enemy. At the beginning of the war, the idea of escort fighters was very low priority. It was initially believed that bomber squadrons could protect themselves, as their tightly packed formations promoted a higher level of defense.

Before the war was in full swing, commanders adopted ‘the bomber will always get through’ doctrine, but it did not hold up.

In 1943, the Allies agreed on a strategy called the Combined Bomber Offensive. It involved bombing Axis targets round the clock, but tested the previously stated theory. With bombers constantly in the air, the losses were so severe that it was immediately apparent that bomber escorts were necessary to successfully complete missions. Considering many planes for the job, the task was eventually given to the P-47 Thunderbolts and of course, the P-51 Mustangs. Able to make almost 5 hour journeys on standard tanks, Mustangs made the perfect escorts to protect bombers on their way to targets.