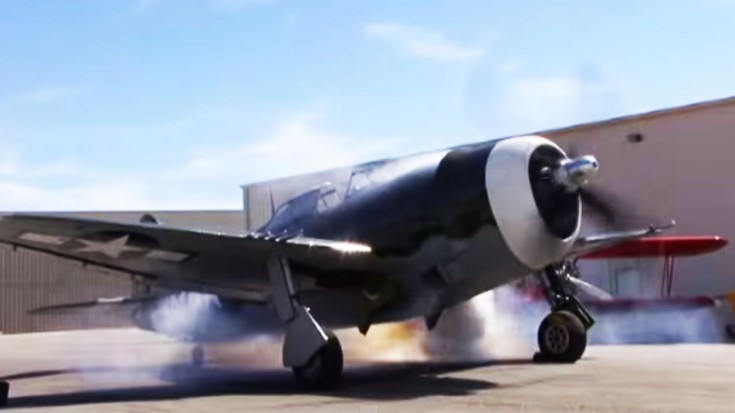 The Unmistakable Sound Of A Pratt & Whitney R-2800 In A Jug!

This Republic P-47 Thunderbolt is ready for a demo flight since its been restored. As you can hear, the 2,000 horsepower Pratt & Whitney R-2800 engine sounds fantastic upon startup, but the flybys make it sound even better. Used as fighters during World War II, there were almost 16,000 Thunderbolts produced over the course of just 4 years. It was the biggest and heaviest fighter aircraft to have a piston engine, and was able to carry almost half the payload of a B-17!

P-47 Thunderbolts were nicknamed ‘Jugs’ during the war, as their stocky appearance resembled milk jugs used during that era

Because of their size and weight, Thunderbolts left the close-up doggfighting to the Mustangs and Spitfires and became effective in ‘dive and zoom’ attacks. These girls could drop 5-inch rockets or bombs while diving into enemy territory, destroying their targets while protecting themselves with their eight 12.7 mm M2 Browning machine guns. It was said that Axis ground troops avoided an encounter with the ‘Fatty from Farmingdale’ whenever they could, as those machine guns tore through everything in their way.