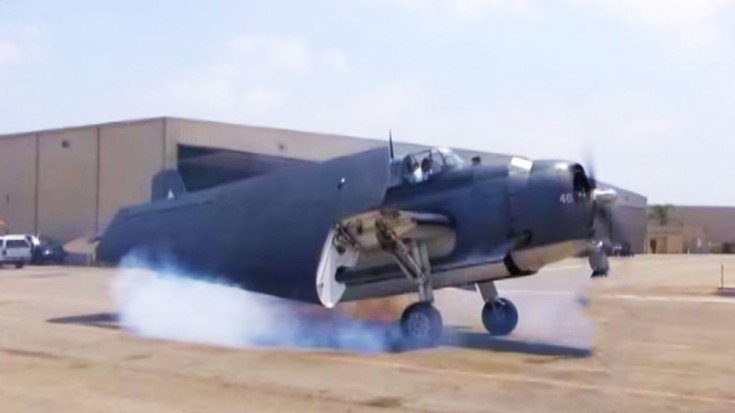 The TBM Avenger in this video is getting tested for the first time since her engine restoration for the Planes of Fame Museum in Chino, California. Through the generosity of historical aviation lovers, she can finally fly again. A man by the name of Tom Friedkin loves these machines, and donated a massive amount of money to get her engine up and running, while other volunteers donated their time and expertise to put her back together.

Here are some facts about the surviving Avengers:

Avengers were developed by Grumman but some were manufactured by General Motors. Designed specifically for the Untied States Navy, it became an effective torpedo bomber. It was also the heaviest single-engined aircraft of World War II, weighting an approximate 10,000 lbs. and 18,000 lbs. when fully loaded with torpedoes. To let her fly, Grumman placed a Wright R-2600-20 Cyclone 14 twin-row radial engine, generating almost 2,000 horsepower. Enjoy the sound of that in the clip!