Giant Rc B-29 Crashes Into Tents 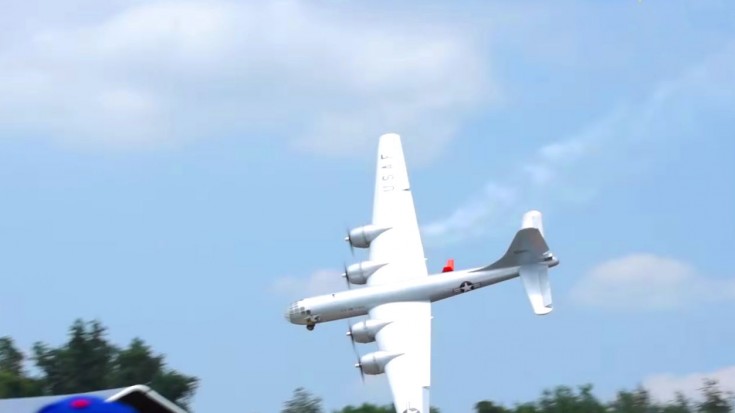 Well, There Go Thousands Of Dollars

Mac Hodges, somewhat of a legend in the RC world, has suffered a great loss last year. His famous B-29 Superfortress ran into engine trouble upon take-off, sending it wayward and into the ground. Hodges, an aviation hobbyist, has been entertaining people with his RC planes for over three decades. His most famous one was this B-29 model, which weighed almost 100 pounds and had a wing span of 20 feet. It took him hundreds of hours to build, not to mention thousands of dollars, but it isn’t the first time this happened. He crashed this plane six times before, rebuilding it each time.

The 100 pound B-29 lost engine one and hurled toward the ground upon take-off. It crashed into the crowd and luckily no one was injured!

Mac has flown this particular plane for over 20 years and says that it’s time to retire it. Although he’s not rebuilding it again, he says that he’s got ‘plenty of other toys’ and plans to fly some of the planes he hasn’t gotten to fly in a while. People say it’s an end of an era, but Mac doesn’t seem to mind. As an avid hobbyist, he’s sure to find something to do!