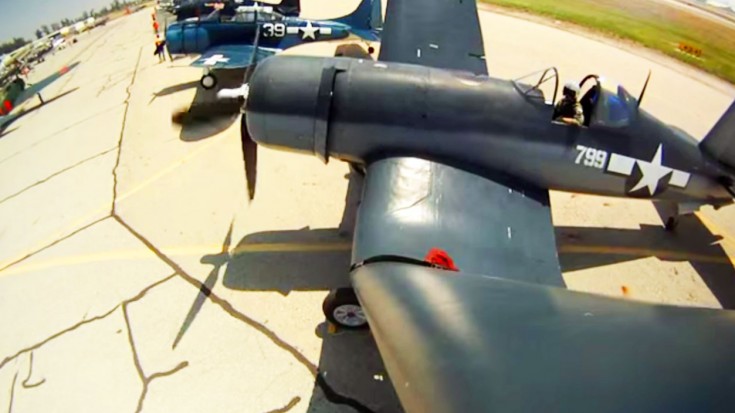 There’s Just Something So Amazing About This!

This beauty will take you on a pretty amazing ride. She was built with the BuNo. 17799 and delivered the the United States Navy in 1943. Unfortunately, there are no records of her flying until she resurfaced a year later in San Diego, CA for repairs. For this reason, it’s believed that she was a combat aircraft due to her lack of paperwork. She was dispatched from active duty right after the war in 1945, and became a movie prop at MGM studios in California.

This girl has quite a history. She saw combat in World War II, stared in movies and television shows including ‘Black Sheep Squadron,’ a 1970s show about US Major Gregory “Pappy” Boyington and his crew.

After her movie career ended, she was purchased by Ed Maloney, a warbird collector. His collection eventually ended up growing to what we now know as The Air Museum-Planes of Fame located in Chino, California. It was there that she was restored to being airworthy during the late 1970s. Since then, she’s been flying in airshows and bringing us great video footage as you’re about to see.