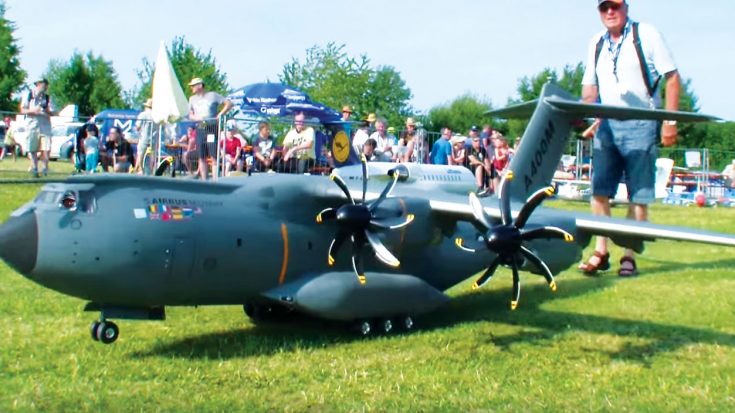 The more we dig into the world of RC flying the more we get impressed. We haven’t really been big fans for long but seeing what we find on a consistent basis gets us really excited. From their sizes (some of are massive) to the mini radials they use which sound great, this world is pretty exciting if you’re a fan of military aviation.

Here you have a prime example of both size and something a little extra. The little extra that we’re talking about is that midflight, the pilot drops the ramp and ejects a couple of paratroopers. Ok, ok, we know. They’re “toys” but we’ve never seen anything like that before and it’s pretty entertaining.

As for the build itself, we dug around a bit and found out some cool facts. The builder is Hannes Heppe, a guy who’s been around the Rc circuit for years. It took him about 6 years to build this plane which is actually sort of crazy because he flew it in 2015. The ACTUAL A400 had its first test flight in 2009, so we figure that as soon as Heppe heard about it he started building his model.

Correct us if we’re wrong in that assumption.