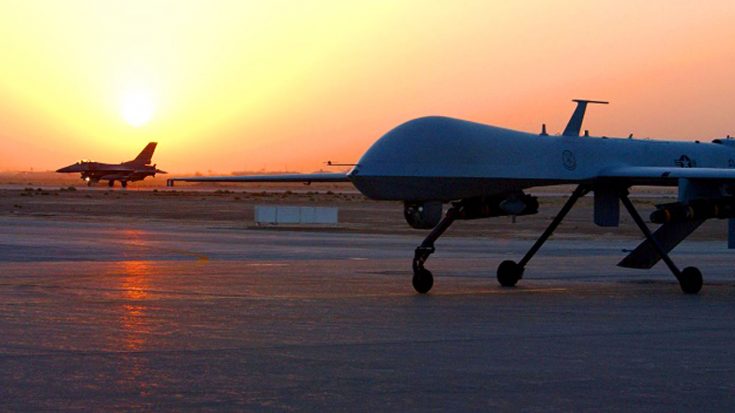 Drone warfare is a touchy subject, these programs are met with both support and with strong opposition. In the US Air Force, there are many who believe that the use of drones puts the lives out of danger while others believe that fighter pilots are better suited for combat missions. The General Atomics MQ-1 Predator has served as the primary combat drone of the USAF and now after more than 20 years of service, it is being retired in favor of the MQ-9 Reaper.

Slowly but surely the old drones are being retired for the new ones. The MQ-9 Reaper has a newer airframe, along with improved weapons and the ability to fly higher. The crew at Holloman Air Force Base held a retirement ceremony for the MQ-1 Predator, mentioning its innovations on the battlefield that kept pilots out of harms way in order to complete essential missions.

“Today we close the chapter of the MQ-1 Predator here at Holloman. The MQ-1 was a revolution. It changed the way of aviation. Risk taking leadership and innovators saw the vision of the MQ-1 and made this airframe a success.”

Over the next year, the MQ-1 Predator drones will be phased out and replaced with MQ-9 Reapers. The Predator’s retirement ceremony at Holloman Air Force Base can be seen in this clip.