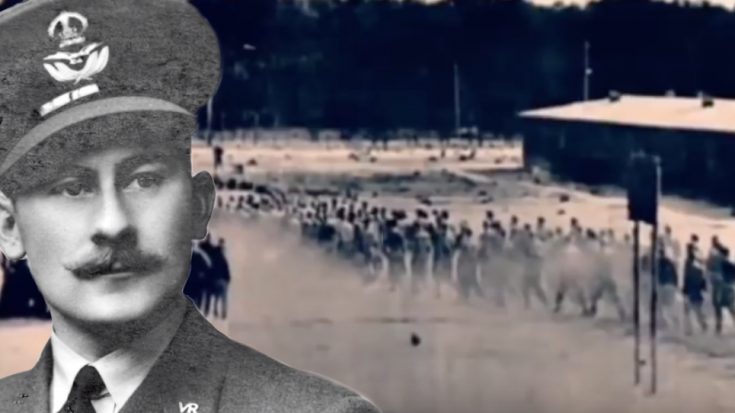 Jack Lyon passed away Friday, March 8, just a couple weeks short of the anniversary of the Great Escape from Stalug Luft 111 POW camp in 1944. He was 101 years old. Despite having participated in the escape, he didn’t make it out that night. And that’s probably why he lived as long as he did.

Tom, Dick, Harry And The Luck Of The Draw

In March 1943, RAF Squadron Leader Roger Bushell proposed a  plan for mass escape from the German camp. 600 prisoners were involved in digging 3 separate tunnels. 200 were expected to make it out, something that had never been done before.

The tunnels were named Tom, Dick, and Harry. Tom was discovered and dynamited. Dick was abandoned because the exit area was cleared for camp expansion. Harry, the third tunnel, was ultimately the tunnel used for escape.

Jack Lyon drew number 79 in the lineup. As he was quietly waiting for his turn, he recalls the lights going dark and the sound of a single shot. Assuming the tunnel had been discovered, which it had, Jack and his fellow prisoners frantically destroyed all of the incriminating evidence that they could.

Jack, just 23 at the time, was so close. Just a few minutes more and he would have been on the other end of the tunnel. If that would have happened, he believes that he probably would not have survived the aftermath. As he puts it, “I’m bloody lucky, wasn’t I? That’s all.”

Check out this clip from from the last interview he gave before his passing.