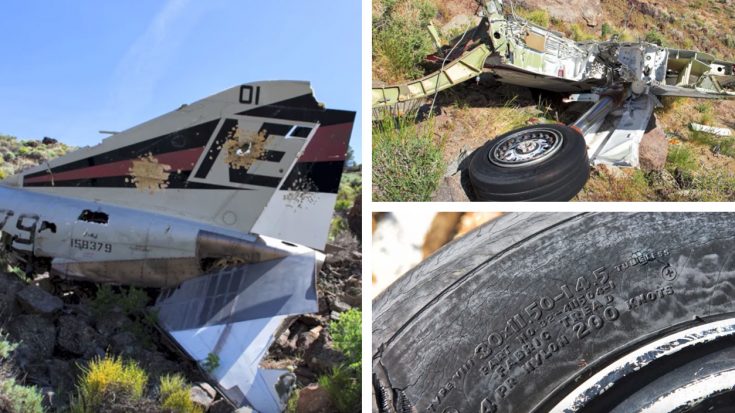 There are plenty of places around the United States, the world really, where air forces practice their low-level altitude training. Typically in hilly regions, pilots hone in their skill flying low and close to mountainsides to learn how to avoid radar detection, a task that is both difficult and dangerous.

Due to this danger, sometimes even training sessions can prove catastrophic, if not deadly. Such was the case on June 26th, 1972.

Two United States Navy McDonnell Douglass F-4Js from VF-154 Black Knights squadron were practicing such flights in Coso Range, California.  No reason that was given in the incident report, but the two aircraft collided, the left wing of one Phantom II slicing off the tail section of the aircraft you’ll see in the video.

Both of the aircraft went down and all four crew managed to eject. Unfortunately, radar intercept officer LTJG C. Jack Winstead of McDonnell Douglas F-4J #158379 in the video below, was killed.

A YouTube uploader decided to hike to the crash site and take some footage of the area. Because of the desert heat and dry air, the wreckage remained in very good condition. So much so that you can even read the numbers on the tires and see all the markings on the aircraft that haven’t been torn to shreds.

Check out the video of the hike below. It’s quite remarkable.