Great Sounding Engines Of A Corsair And A Bearcat 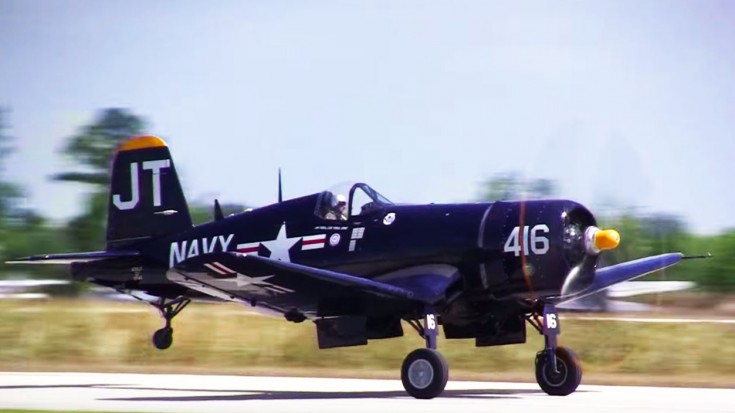 Music To Our Ears Provided By Two Of Our Favorite Warbirds!

These great clips of the F4U Corsair and the F8F Bearcat were filmed at the Punta Gorda Air Show, Florida, in 2012. The shows at Punta Gorda were around for the past 35 years and include a large variety of airshows that span the course of days. The events are hosted by the Punta Gorda Airport which during World War II was a training airfield for pilots. Back then it housed over forty P-40 Warhawks and later, the famous P-51 Mustangs. After the war, this military airbase was given back to the County, which now hosts this great airshow.

What’s so notable about these warbirds?

The Corsairs are well known for their ‘whistling’ sound as they dive, earning them the nickname ‘whistling death’ by enemy forces. The Bearcats are now famous for their design and Pratt & Whitney R-2800 engines, which helped them break world speed records for piston-engined planes!