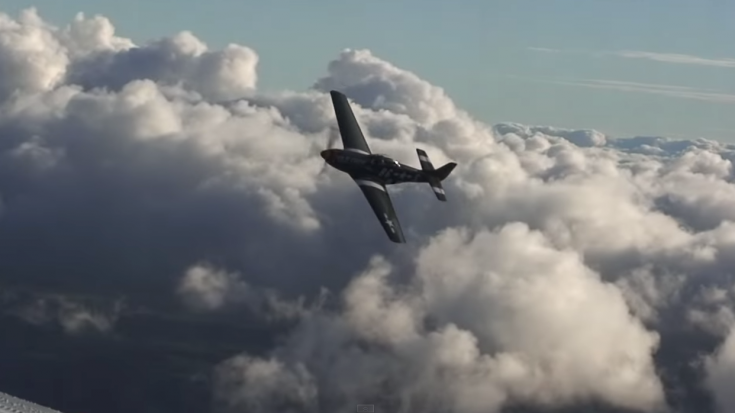 Some Great Angles Of Mustangs In Formation, Including The Famous ‘Old Crow’

The P-51 Mustangs were famous as soon as they took to the skies. Introduced towards the end of the war in 1942, the Mustangs helped the Allies establish air superiority, especially in the Pacific Theater. Having the speed, agility and especially the range, they became the perfect escort fighters for bombing missions. In just two short years, Mustang pilots claimed just under 5,000 victories over enemy fighters. Among those pilots was ‘Bud’ Anderson, a World War II ace who flew the now famous ‘Old Crow.

The best fighter pilot I ever saw.-Chuck Yeager, Brigadier General

Anderson was born in Oakland, California and enlisted in the Untied States Army as an aviation cadet at the age of 20. Moving up the ranks, ‘Bud’ and his P-51 Mustang ‘Old Crow’ flew over a hundred missions without being hit and earned the ‘ace’ status with 16.25 aerial victories. The name ‘Old Crow’ derived from a whiskey by the same name that was popular at the time. Bud spend thirty years in the service, and over his entire career, logged in over 7,000 hours of flight behind the controls of more than 100 different aircraft.