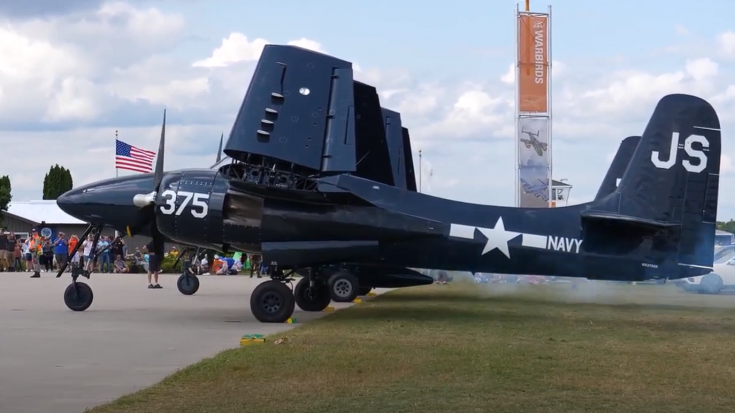 A slick-looking Tigercat started up its engines at the EAA AirVenture Oshkosh airshow. This year, the show featured four Grumman airplanes – the F4F Wildcat, F6F Hellcat, F8F Bearcat, and the F7F Tigercat.

Grumman Tigercats were the first twin-engine fighter to be deployed by the US Navy. However, it was delivered a bit too late to see action in WWII. During the Korean War, it was utilized as a night fighter and attack aircraft.

This Tigercat spent most of its days on display at the USMC Museum in the 70s. It was later acquired by WestPac Restorations in 2009 and was awarded its Certificate of Airworthiness four years later.

Before you listen, we suggest turning up the volume for this one. Its two Pratt & Whitney R-2800 radial piston engines are music to the ears.