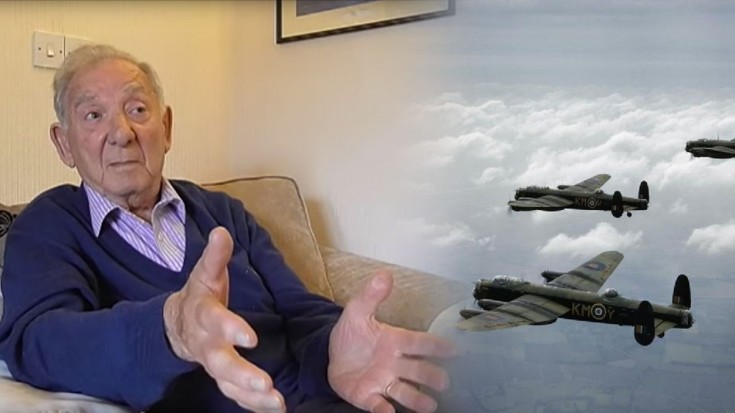 With soldiers on the battlefield, ships in the sea and planes in the sky death is an inevitable part of the war. Soldiers are expected to lose their lives in combat but sadly innocents get caught in the crossfire as well. One of the cruelest acts of war is to intentionally target civilian lives rather than military targets.

During WWII, the Germans attacked civilian targets without hesitation all across Europe to spread fear in their quest for world domination, but the Allies refused this method of attack. Franklin D. Roosevelt said “[u]nder no circumstances undertake the bombardment from the air of civilian populations.” The Allies were here to protect against evil, but by 1943 the Royal Air Force made the difficult decision to bomb German cities. In an interview with RAF gunner Bernie Harris, he tells us the shocking bombardment of Germany.

Allied bombers targeted Hamburg during daylight hours to improve accuracy, however, the attacks caused 50,000 civilian casualties and left over a million homeless. In the February of 1945, the US Air Force was pressured into attacking civilian targets in Berlin which nearly destroyed the entire city. A harsh yet, effective method which eventually led to the end of the war in Europe, soon after the bombing of civilian targets in Hiroshima and Nagasaki would bring an end to WWII.