RC Thunderbolt and Spitfire Crash Into Crowd–People Dive For Cover 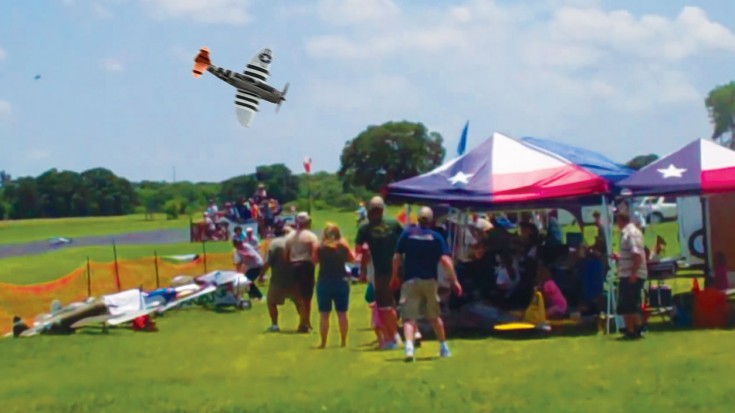 What’s that saying? The bigger the boys the bigger the toys? We think we hit that right on the head. In this case, these older boys picked a pretty expensive hobby, namely, RC planes.

Now, these aren’t some run of the mill, foam airplanes we’re talking about. These things have 250cc radial engines and are huge. Also, they cost thousands to build.

Although the whole video is pretty neat and we recommend you watch it for all the awesome warbirds, the crash happens at 1:22. You know, in case you’re in a hurry or something.

The guys that fly them are super attached to their warbirds, which is why this video is a bit heartbreaking. Sometimes, things don’t go as planned. Like in this case for example.

This short 2 minute video showcases some awesome planes. There are Bf 109s, B-17s and as you’ll see up close, a P-47 Thunderbolt and a Spitfire. Unfortunately, the latter didn’t survive.

While doing a low pass, the Thunderbolt clipped the Spit, making it fly out of control and into the crowd of spectators. The Thunderbolt soon followed. Remember, these things weigh about 100 lbs. if not more. Plus, their props are still spinning. It just goes to show you how dangerous this hobby can really be.