Guy Captured 8 Of The Finest Lancaster Flybys EVER 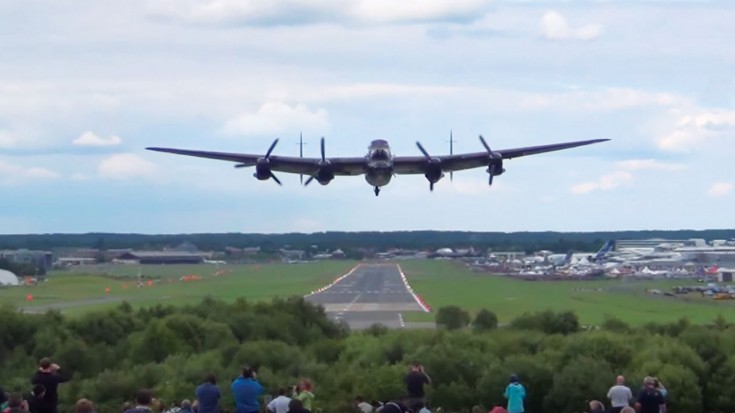 Best Ones We’ve Seen Yet.

This one comes to us from England and a Youtube uploader by the name of “bobsurgranny.” Many videos which we’ve shown you are actually from him, as he uploads some of the finest flybys and approaches we’ve ever seen. We have no idea who he is, but hey, if you’re reading this, many thanks for doing what you’re doing.

As for this particular video, it’s a great one. It features the two remaining airworthy Lancasters and what’s more, he breaks the video down to 8 awesome and on point flybys of the majestic looking planes.

From the description, we’ve deduced that this collection of clips came from different airshows around England. Judging by the end result, this guy goes to a lot of them and really knows how to film aircraft. Unlike other videos, there is no massive shakiness, weird closeups or pans. These clips are really enjoyable to watch and also hear.

Speaking of that, the roar of those Merlins can seriously send a chill down your spine. With four per plane and two planes in almost every shot, that can really get your heart rate going. Now, just imagine 50 of them rolling over you during the war. Whoa!