Harrier Pilot Disappointed With What We’d Consider A Perfect Landing 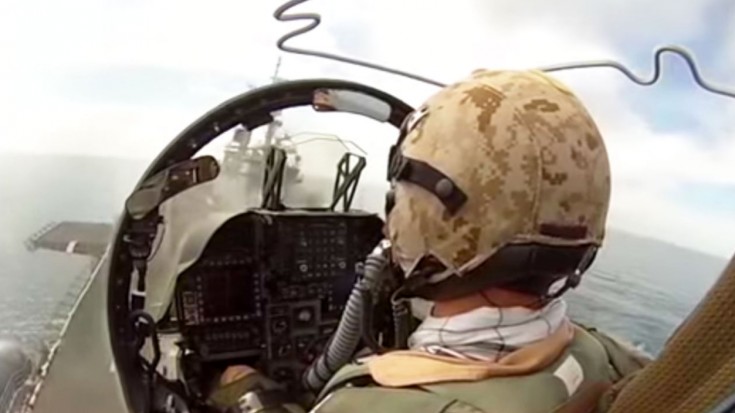 We Think He Did A Good Job, But He Didn’t Seem To.

This relatively short yet awesome video will let you take a ride on a Harrier from start to finish. Taking off from USS Kearsarge (LHD3), Captain David Neely takes a loop around the ship and over the Mediterranean Sea. After that, he hovers over the deck and sits his plane down, all the while giving you a great perspective from behind the pilot.

This operation was carried out by the 26th Marine Expeditionary Unit (MEU) which is tasked with conducting amphibious operations and crisis response for the President and unified combatant commanders. This means that they operate continuously around the globe, providing quite response whenever and where ever they’re needed.

V/STOL stands for “vertical or short takeoff and landing.”

As for the plane, well, it’s the AV-8B Harrier II which is considered one of the most successful VTOL aircraft ever built. Capable on taking off and landing vertically, this plane is extremely adaptable to different combat situations.

The funny thing about this video if you pay attention is the fact that Captain Neely wasn’t happy with his landing. To us it looked pretty sturdy and efficient, but judging by his head shake at the end, he wasn’t. Wait, are we saying that Navy pilots are perfectionists?