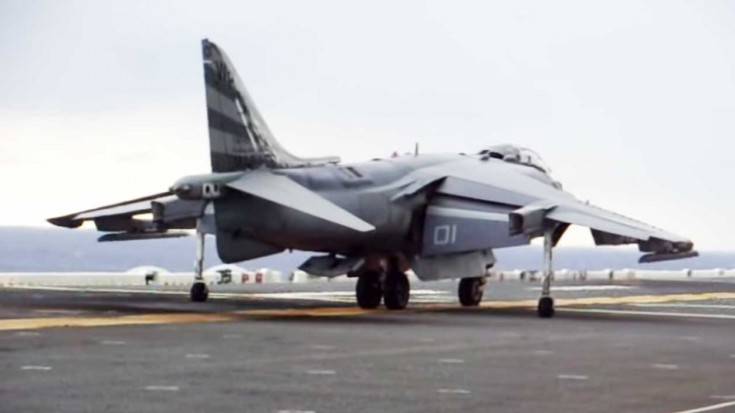 Regular jet fighters, even the ones designed as carrier aircraft need a considerable airstrip length to perform a takeoff. The Harrier jet and its numerous variations is able to lift off the ground vertically, needing little to no space (such as a parking lot), depending on the added weight.

With the advantage of being deployed from areas that don’t represent strategic or tactical targets, the Harrier jet, which can only achieve vertical lift off if not fully loaded with ordinance, is still in the service of the UK, US, Spain and India, among others. Production of new units has been stopped in 1997.