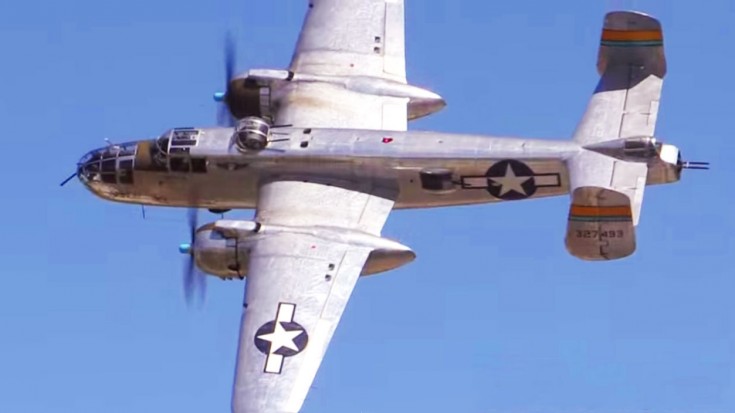 Designed in 1939 and named after Billy Mitchell, both a general and a pioneer in aviation, the B-25 Mitchell was a medium bomber that saw extensive use during World War II. At first intended as an attack bomber to be exported to France and the UK, the B-25 remained in the U.S., losing to a Douglas model but ending up with several upgrades and some great achievements as the war raged on.

Almost ten thousand B-25 Mitchell airplanes exited from factory floors with many of them being used in the Pacific. A jack of all trades as far as bombers go, the Mitchell had the most success in attacking ground targets from low altitudes, like the bombing of Tokyo in 1942. Flown by USAAF, the US Navy, the Royal Canadian Air Force and the Royal Air force, the B-25 remained relevant for over 40 years.