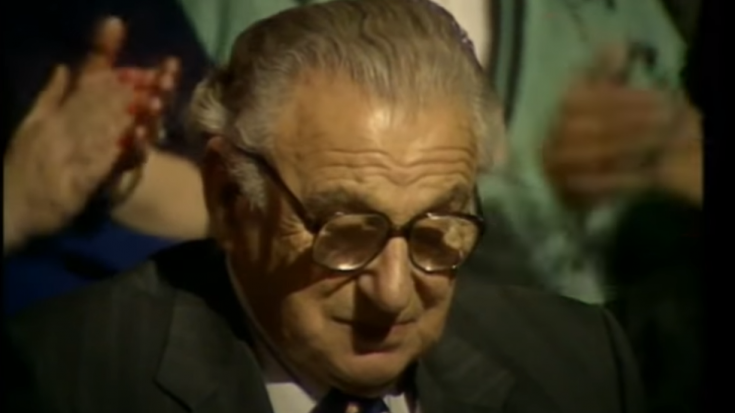 Sir Nicholas Winton appeared on the BBC Programme “That’s Life” broadcast in February 1988 but he had no idea he’s surrounded by the children he rescued. He smuggled a total of 669 mostly Jewish boys and girls from Nazi Germany-occupied Czechoslovakia who were about to be sent to concentration camps in 1939.

Aside from helping them, he also found homes in Britain for the young refugees.

He kept quiet about his heroic efforts and it went unnoticed by the world for almost five decades until his wife discovered documents in their attic containing the names of the children. He was knighted by Queen Elizabeth II in 2003 and he passed away in 2015.

Dubbed as the “British Schindler”, his statue at Maidenhead railway station was recently lit up with one candle for each child he rescued. This is in line with the International Holocaust Remembrance Day on January 27, 2021.