He Shot Down The Enemy With A Colt .45 – WWII’s Weirdest Dogfight 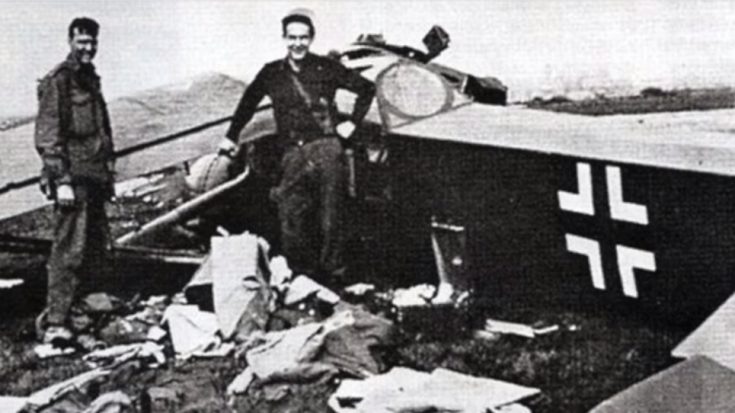 It’s one thing to dogfight in something like the Spitfire, the supreme fighting machine. But a Piper Cub “Grasshopper?” That’s an unarmed observation plane.

Try telling that to Duane Francies. He was the kind of pilot who, when he saw something needed to be done, went in there and got it done. And what he saw on April 11, 1945 was an enemy plane that needed to be taken out.

Funny enough, though, the enemy plane was also an observation plane. And they definitely were’t expecting someone like Duane Francies. With his spotter Lieutenant William Martin aboard, Francies radioed, “We are about to give combat.” Then he dove down at the German Fieseler Fi-165 Storch in hot pursuit.

The German spotter gave a good chase, circling to meet them. Firing out the side doors of the Grasshopper, Francies and Martin emptied their Colt .45s  into the enemy’s windshield, fuel tanks, and right wing. In total badass mode, Francies flew with his legs as he reloaded. Seriously, can someone get this guy a fighter plane?!

The Germans tipped their wing into the field and cartwheeled over. The pilot ran for cover but the observer simply fell down, thanks to a bullet lodged in his foot. Francies and Martin landed and chased the two, ultimately capturing them. Francies was even kind enough to bandage the injured observer’s foot before turning them over the the 5th Armored.

He later recalled, “We turned them over to our tankers about 15 minutes later after the injured man thanked me many times for bandaging his foot. I think they thought we would shoot them.”

By late April, 1945, Francies had been recommended twice for the Distinguished Flying Cross, but it wasn’t until the 1966 book “The Last Battle” revisited the bizarre tale that Francies’ actually got any formal recommendation. Finally, 22 years after the fact, the brave observation pilot got his medal.

See the video below for an epic retelling of the event.